What is that eye blinking bird game that people are so excited about? although many people know the original game called ‘Flappy Bird’, some don’t. Some refer to the new ‘Flying Face’ filter by Dvoshansky as ‘blinking eyes game’, ‘kedip IG game’ (kedip means blink, wink or flicker in Indonesian), ‘bird filtro’, ‘Flappy Bird link’ or just the ‘Instagram blink game’-whatever people decide to call it, it’s one awesome game called Flying Face. 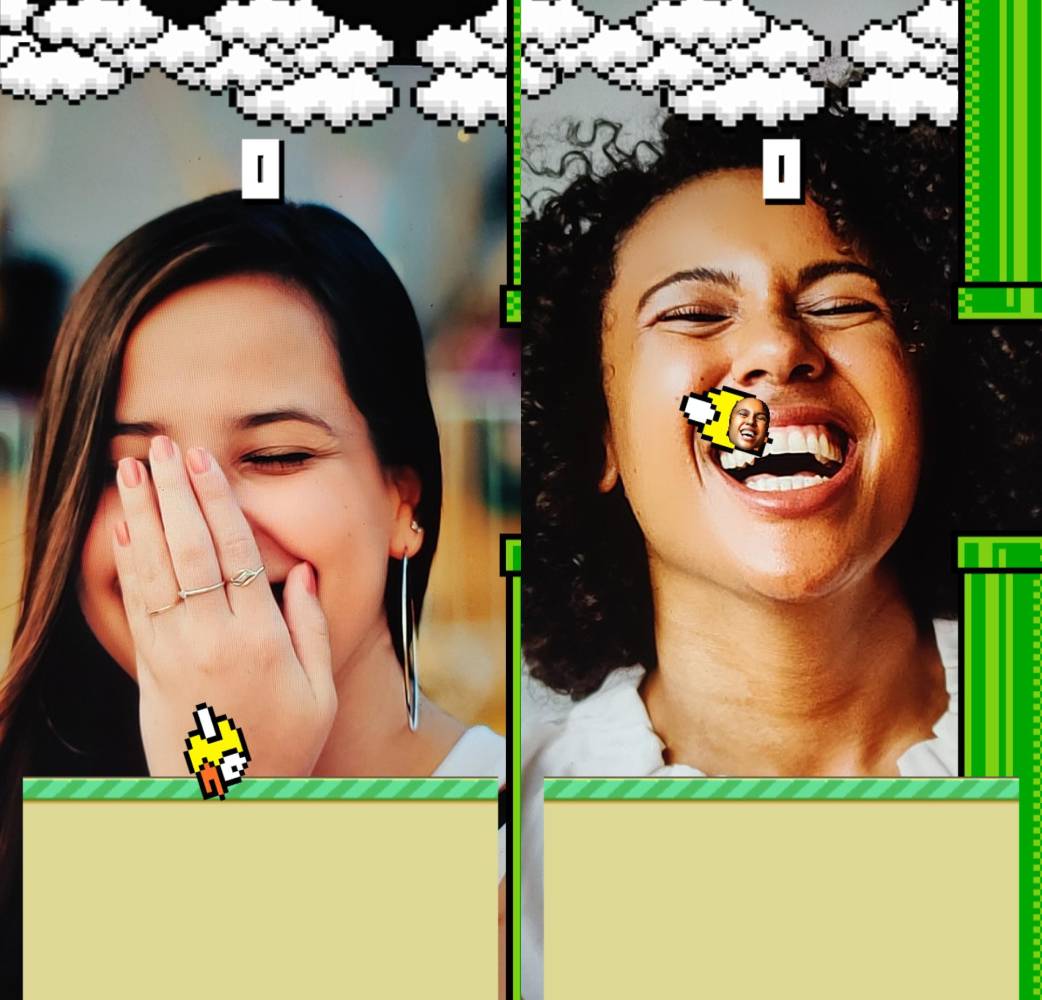 The thing is that the blinking is the eye blinking is one of the main things that separate the IG game Flying Face from the original, aside from local 2-player multiplayer and your face as the bird’s face.

Eye blinking is used to control the bird’s flight. This blinking game was developed using Spark AR Studio, which is the 3D development software used to create those marvelous filtros that all of you are using every single day.

One of the facial expressions that Spark AR recognized is blinking. If I am not mistaken, this feature was introduced in version 31 on February 23, 2018, a patch editor update called “blink patch” that enable users to trigger animations or effects when the users blink with their eyes (you can only blink with your eyes right?).

Blinking (Mandarin: 闪烁Tamil: ஒளிரும் or in Malay: berkedip) is a fantastic feature in this Flappy Bird-inspired Insta game called Flying Face. Dvoshansky, the developer of this filter has tried other types of ways to control the characters, those supported by Spark AR Studio. I’ve read and seen an example of nodding with the head up and down to lift the bird up and he also mentioned that he tried with opening the mouth. His followers who tested the early version of the game opted for eye blinking to control the bird. they found it to be the most comfortable option among the three.

It is good to experiment with the different unique controls that Spark AR Studio enables. This is a way to deliver unique Augmented Reality (AR) filter games that play differently than anything else that people have experienced before. Tapping is old school, with selfie-based IG games there are more interesting ways people can play them.

A flying bird blinking IG game is great, but there are of course disadvantages to each control. I personally tried nodding my head and opening my mouth for a long time, and I these are definitely my least favorite facial gestures to use in IG filter games unless it’s a game with very short gameplay session, less than 20 seconds or so. Even eye blinking can be irksome for some I know that because I’ve read user comments in different places, on Instagram, and on YouTube and some found eye blink to be annoying as they lead to blanks. After all, you close your eye for a split of a second. Usually, when we play games, we want our eyes to be opened, not closed. Spontaneous eye blinking is OK, but not continuous ones.

This didn’t stop Flying Face players to achieve rock-solid hundred of points in this bird blink IG game, with the highest one to date is I think 966 points, which is just nuts.

The eye blinking control is what makes Flying Face Insta game unique, refreshing, interesting, captivating, engaging and it is transferred well on screen. We need to consider the fact that anyone who actually play the game and share gameplay, their face are visible—it’s a selfie game. You can’t even hide your eyes if you wanted to, because you need to use them to play the game and doing other things might lead to Spark AR not being able to recognize your face.

I think people enjoy seeing other people blinking with their eyes so it made those Flying Face gameplay videos and IG stories entertaining to watch by others and people therefore also enjoyed sharing them. I personally recommend recording a video or take a picture of your gameplay and high score and make it into a story and share it with the developer, Dvoshansky. So how you make a story of the Flying Face gameplay? In the camera app, you tap the camera button when you are ready to record and then choose to share it to your story. Don’t forget to tag dvoshansky using ‘@svoshansky’ tag so he will see it and might feature you in his story.

Are you ready for some eye blinking bird flying action IG game? If you are, follow Dvoshansky and this eye blinking bird Instagram game will be delivered to your filter section in no time—Have fun playing and good luck trying to break the world record!